How much gold left to mine in the world?

Last week, the price of gold broke a record, with the price of ounce surpassing $ 2,000. The driving force of this increase was the gold traders, but the supply of this precious metal mine and ultimately the question of whether it will end one day were also raised.

Demand for gold, which is an investment tool, status symbol and an important function in many electronic products, has recently intensified.

However, gold is not an unlimited resource and there will come a phase where there will be no gold left to mine.

Experts talk about the concept of gold summit. This is the period when people extract the greatest amount of gold in a year. Some say we may already have reached this point.

According to the World Gold Council, gold production was 3,531 tonnes in 2019, 1 percent less than in 2018. This was the first annual decrease in gold production since 2008.

As existing reserves depleted, there may be slowdowns and small dips in mineral supply in the coming years, and new major discoveries are becoming increasingly rare. But it may still be a bit to say that production has peaked, said Hannah Brandstaetter, World Gold Council Spokesperson.

Even if there is a peak in gold production, experts are of the opinion that there will not be big drops in production immediately after. Instead, the supply may gradually decrease over a few decades.

Ross Norman of MetalsDaily.com adds, “Mine production will go down at steady levels and most likely, but not that big.”

How much gold is left?

Reserves: Gold that is economical to mine at current gold price levels.

Resources: Gold that will be economical to mine for further exploration or higher prices.

The amount of gold reserves can be calculated more accurately compared to resources, but this is still not an easy task.

According to the US Geological Survey, the gold reserves currently underground calculated at around 50,000 tons.

Although the estimates have changed, around 190 thousand tons of gold have been mined so far.

Judging by these rough figures, 20 percent of the gold has yet to be mined. But that can also change.

New technologies can make it economical to extract reserves that currently deemed uneconomic to extract.

Robots also used in some mines and this expected to be the standard technology in mining.

The largest gold reserve in history found in the Witwatersrand Basin in South Africa. 30 percent of the gold in the market came from here.

Other major gold sources are the deep-down Mponeng Mine in China, the Super Pit and Baddington Mines in Australia, the Grasberg Mine in Indonesia and the mines in the US state of Nevada.

Currently, China is the world’s largest gold miner. Canada, Russia and Peru are also among the major producers.

In terms of companies, Nevada Gold Mines, in which Barick Gold holds the majority shares, is the largest gold mine facility in the world and this mine produces 3.5 million ounces annually.

As a result, most of the gold produced in old mines that have been processed for decades.

Is it getting difficult to remove?

Large-scale mining is an extremely capital-intensive activity with a lot of machinery and expertise above and below ground.

Today, 60 percent of the world’s mining operations are above ground and the rest is underground.

“It is getting harder to mine gold. Many large, low-cost and older mines are close to extinction, as in South Africa. Gold mines in China are smaller and therefore more expensive,” says Norman.

There are very few places in the world in terms of gold mining that have not been explored yet. The most promising ones are in unstable places like West Africa.

Although gold prices reached record levels in August, this does not automatically mean an increase in gold mining activity.

In fact, mining is following changes in gold prices far behind.

“Given the size of the operation, it takes time to change mining plans based on external factors such as pricing,” says Brandstaetter.

Also, record prices emerged during the period of Covid-19 restrictions. The mines closed either completely or partially to prevent the spread of the virus.

The driving force behind price increases were investors who saw gold as safer in times of economic uncertainty.

THE WORLD IS ON THE BRINK OF THE ABYSS 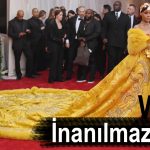