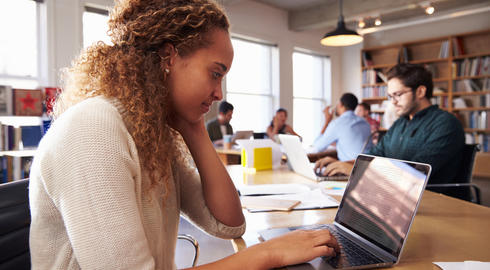 What You Wonder About Political Science Abroad

Political Science For Whom?

Political science, as the name suggests, is a department in which subjects such as sociology, law, public administration, economics and economics, on which political elements are based, are studied and learned. Students who want to study political science abroad; While they need to have knowledge about many concepts such as the state, political power, political regimes, democracies. The development of political ideas in history, parties, electoral systems and public opinion, they are expected to be able to develop and apply critical thoughts about these concepts and teachings.

If you, too, are politically literate; critical thinking ability; ethical perspective on issues such as politics, history, economy, international relations; awareness of democracy, human rights and social peace; If you have skills such as forming hypotheses about political processes and institutions. We can say that political science abroad is the department for you. At the same time, undergraduate or graduate degrees in political science provide students with features such as public speaking, essay writing, persuasion, research, universal perspective and extroversion.

Although the concept of political science has been used academically since the 1800s. Its historical background has reached the present day from Ancient Greece. With its rapidly growing popularity, there are numerous universities where you can get undergraduate and graduate education in the department. Which offers analytical thinking and problem-solving focused learning environment to students who want to study political science abroad. Although the contents of the courses vary according to the countries. The main purpose is to provide students with knowledge in all sub-branches of political science on the one hand, and to increase their general cultural knowledge with elective courses, on the other hand.

After the theoretical courses taken in the first year. The academic programs in the universities where a practice-oriented education is offered in the third year; supported by internships, projects and research papers. We recommend that international students who are considering studying political science abroad should prefer countries. Such as Canada, the USA and the UK, due to the richness of their English education programs and their wide range of sub-branches. Because the content of the courses taken and their international topics provide a world-class academic career for students who have completed their undergraduate education.

The entry requirements and application dates of universities that provide political science education abroad vary according to the countries and the universities you choose. At this stage, our advice to you is that if you are planning to study in undergraduate and graduate programs on political science first of all, you should learn the academic calendars of the universities you have chosen and make your applications at least 6 months in advance, considering the exams you will take. We can list the required documents as follows:

If you are considering studying political science at reputable universities. Such as Harvard and Cambridge, you need to make sure you have a high GPA. In general, for universities such as Cardiff in the UK or Michigan State in the USA. The grade point average should be 4.0.
IELTS or TOEFL test results vary by country and university. For example, Yale University has set the TOEFL test score average as 250.
You must have a letter of intent that the university requires from you, explaining why you want to participate in the program you have chosen, and reference letters from your teachers.

Considering that you have successfully completed your political science education abroad in one of the best universities in the world. If you consider that the first step in your career; Thanks to the overseas education, foreign language and internships you have added to your CV, you have made it. One of the biggest advantages for students who will continue their working life in Turkey. Who will apply for a job is to be educate at a prestigious university in a foreign country.

If you want to stay in the country you go to for working conditions and life after completing your education. Countries such as Japan, South Korea, America, Australia allow their students to work for a period of one or two years after graduation. In addition, thanks to the internships you will do during your education, you will both create a social network and gain experience.

The best political science universities in the world for students considering studying abroad; It impresses with its increasing business fields, rich course content and academicians who are experts in their fields. In the field of political science, educational institutions that try to meet the need for well-educated and equipped new graduates and professionals who will successfully represent countries in international platforms plan to reach students with innovations and differences that will make them stand out in this field.

For students who want to study political science abroad and dream of a world-class career in this field. Of course, we primarily recommend universities that are in the top 10 in the QS world rankings for political science. However, the most important thing you need to know is that the candidates applying in most fields choose those with the highest grade point averages and the most successful ones. At the same time, it is worth noting that they eliminate the applicants through exams and interviews. For example, one of the interview questions at Oxford University was “What makes a novel or play political?” It is beneficial to improve your general knowledge while preparing for interviews. Where critical thinking and reasoning skills that students can put forward on events, histories or current information taken into account rather than memorized knowledge.

Founded in 1636, the school is the most respected university in the world. You can join the caravan of celebrities such as Mark Zuckerberg, Natalie Portman, Matt Damon and Bill Gates. Who graduated from the educational institution that provides an unforgettable experience to students with its art museum and libraries.

It started his education life in 1096. We recommend that you prepare well for the interview questions that may challenge you while making your application to the university. Which stands out with its famous graduates in the field of political science and its undergraduate and graduate programs with the best degrees in international platforms. Among those who studied at Oxford, there are names such as Bill Clinton, Oscar Wilde, Stephen Hawking, Hugh Grant.

The university, also known as LSE, was founded in London in 1895. With 13 Nobel Prize winners among the school’s alumni and professors, LSE is known for its rich undergraduate and graduate programs. Particularly in areas such as political science, law, business, and sociology. Among its alumni is world-renowned musician Mick Jagger.

Founded in 1872, the university is one of the best educational institutions in the field of social sciences in both France and the world. Among the graduates of Sciences Po, preferred by those who want to gain a solid foundation in national and international politics. There are names such as Jacques Chirac, François Hollande, François Mitterrand, Christian Dior.

Founded in 1209, Cambridge is the fourth oldest university in the world. With a rich and fascinating history, the school has more than 100 libraries, including the Isaac Newton personal library and the university library. In addition to its 96 Nobel laureates and academics. The students include Bertrand Russell, Mario Vargas Llosa, Tilda Swinton, Francis Bacon, and Charles Darwin.

The educational institution, known as ANU for short, is a public university established in 1946 in Canberra, the capital city of Australia. The high quality of life you will receive in the city with the lowest unemployment rate in the country is among the best in the world for political science education.

It is one of the oldest and most prestigious universities in America, founded in 1701. Famous alumni of the university, which draws attention with its undergraduate and graduate programs in fields. Such as political science, law and business, include names such as James Franco, Hillary Clinton, Meryl Streep, and Jodie Foster.

It was founded in 1746 in the state of New Jersey. University with high-quality programs in politics, mathematics, neuroscience, computer science and engineering; has alumni such as world-famous Jeff Bezos, John F. Kennedy, Ted Cruz, Brooke Shields.

It was founded in 1868 as a research university in San Francisco. The graduates and academics of the 19 Nobel Prize-winning schools have been awarded in numerous researches. It has been a pioneering school in many subjects, from the discovery of vitamins E and K to the production of plutonium.

Founded in 1754, the university is located in New York City. It is one of the most important academic institutions in the world. It has a wide range of undergraduate and graduate education faculties from art to medicine, from politics to engineering, from law to journalism. Winner of the Pulitzer Prizes each year. 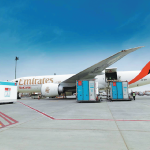 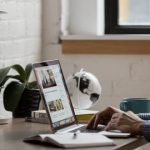