The “World’s Most Valuable 500 Brands-Global 500-2023” research prepared by the international brand valuation organization Brand Finance has been concluded.

OVERCOME APPLE
Apple followed Amazon with a brand value of approximately 297.5 billion dollars and Google with a value of 281.4 billion dollars. Apple was at the top of the list last year.

While the value of the brand, which is at the bottom of the ranking table, was recorded as 4.7 billion dollars, Turkish brands could not enter the rankings this year as they could not reach this value.

According to the results of the research, the USA took the lead by far in the ranking of countries. While 201 of the companies in the Global 500 list consisted of US companies, 71 were Chinese, 32 were Japanese, 31 were French, 25 were British, and 24 were German.

According to the “World’s 500 Most Valuable Brands” research by the international brand valuation organization Brand Finance, Amazon has become the world’s most valuable brand. Amazon’s brand value is $299.3 billion. While Apple followed Amazon with a brand value of 297.5 billion dollars and Google with a value of 281.4 billion, Turkish brands did not enter the top 500.

Informing that technology companies represented by 48 brands on the list continue to be the most valuable industry with 1.2 trillion dollars despite a 6 percent loss in value, İlgüner said, “With its brand value exceeding 1 trillion dollars, retail has become the second most valuable business line. The banking sector continues to increase in value. , is represented by 72 brands on the list. Google and Youtube, which belong to the Alphabet group, were determined as the strongest brands with a score of 93 out of 100.” 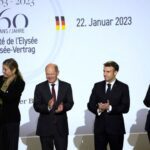