Ukrainian leader Zelenskiy said that Russia is trying to take the initiative of the war again, but they will not allow it, saying, “Ukraine will take back what belongs to it.” Zelenskiy stated that the Dnipro attack shows how urgently they need ammunition and material support.

Ukrainian President Volodymyr Zelenskiy stated that they are struggling to restore the territorial integrity of his country and said that they will take back the Ukrainian territories under the control of Russia.

In his daily video message published at night, Zelenskiy reminded that the Russian-Ukrainian war is ongoing in his country.

Claiming that the Russian military is preparing new attempts to seize the initiative in the ongoing war in Ukraine, Zelenskiy said, “We are acting every day and every night to reduce the enemy’s potential.” said.

Calling on partner countries to speed up arms assistance to Ukraine, Zelenskiy said, “Today was a good example from the UK. A new defense assistance package has been announced. Exactly what is needed. Tanks, other armored vehicles, cannons.” he used his expression.

Calling on partner countries to speed up arms assistance to Ukraine, Zelenskiy said, “Today was a good example from the UK. A new defense assistance package has been announced. Exactly what is needed. Tanks, other armored vehicles, cannons.” he used his expression.

Emphasizing that they are fighting for the restoration of the territorial integrity of his country, Zelenskiy continued as follows:

“I am sure that the Ukrainian flag will return to Donetsk Airport, Donetsk and other cities and villages of our Donbas and other temporarily occupied territories. Temporary is a key word. Ukraine will get back what belongs to it.”

THE NUMBER OF PEOPLE KILLED IN THE DNIPRO ATTACK HAS REACHED 40
Zelenskiy said in his speech that the Russian military had carried out a missile attack on a residential building in the Ukrainian city of Dnipro two days ago, and that the number of civilians who died as a result of the attack had risen to 40.

Zelenskiy noted that there were 3 children among those killed in the attack, and said that they had not heard from 22 people, and search and rescue efforts were continuing in the debris field. Dec. Dec.

Zelenskiy accused the Russian military of carrying out attacks on civilians in Ukraine.

On the other hand, Kremlin Spokesman Dmitriy Peskov, who made a statement about the attack in Dnipro, said: “The Russian army does not carry out attacks on residential buildings or social infrastructure facilities.”yes,” he said.

THE CONFLICT IS INTENSIFYING IN DONETSK
It is reported that at least 2 people were killed and 4 people were injured while some houses, businesses and vehicles were damaged in the attack in the Dontesk region of Ukraine.

Teams Decommissioned by the Russian Emergencies Ministry continued search and rescue operations in the region. 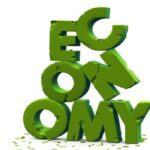 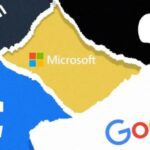