United States will strengthen its military presence in Germany

The United States will strengthen its military presence in Germany

500 US troops will be sent to the country this fall. The United States will increase the size of its military contingent in Germany. This announced by the United States Secretary of Defense Lloyd Austin.

As the Pentagon chief said at a press conference following a meeting with his counterpart from Germany. Annegret Kramp-Karrenbauer, 500 American servicemen will sent to the country in the fall. This, Austin said, provides additional capabilities for cyberspace and e-warfare defenses. As well as expanding the ability to deploy troops to protect European allies over a short period of time.

For her part, Kramp-Karrenbauer noted that the measure is “a powerful signal of cohesion.” According to her, Germany has pledged to meet NATO requirements by increasing defense spending to a target level of two percent of GDP. The minister assured that Germany will strengthen coordination with the United States in the fight against terrorism, as well as in the Asia-Pacific region.

The heads of the US and German military departments discussed a number of issues. Including the restoration of transatlantic cooperation and the strengthening of the role of NATO’s collective security.

In July 2020, then US President Donald Trump announced his intention to withdraw nearly 12,000 American troops from Germany. And when Joe Biden became the head of state, he announced that he would suspend the withdrawal of troops from the FRG until the Pentagon completed a reassessment of the global deployment of the American armed forces. 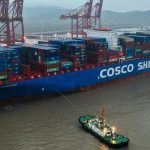 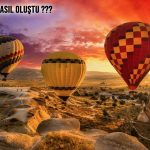