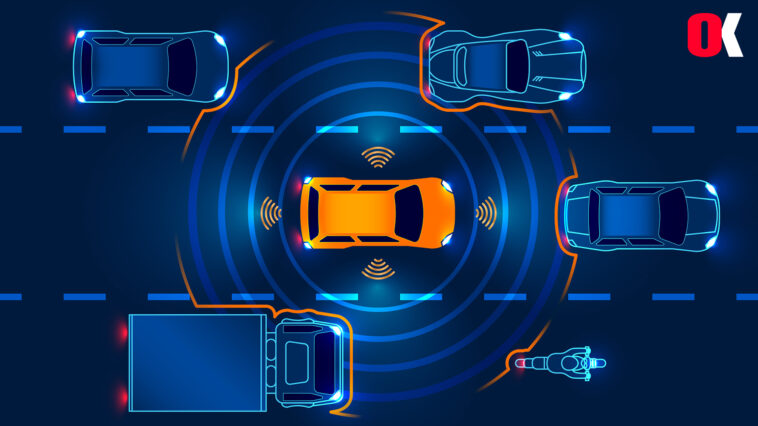 Autonomous driving ushered in the “burning money” model in the beginning of the year 5 companies have received tens of billions of financing.

Economic Observer Network reporter Wang Haixuan Many autonomous driving companies ushered in a “good start” in the Year. On February 9th, Horizon announced that it has completed a C3 round of 350 million US dollars financing. Investors include SDIC China Merchants, CICC Capital’s funds, Zhongwei Capital and other institutions. Horizon has also obtained the strategies of many upstream and downstream companies in the automotive industry chain. Investment, including BYD, Great Wall Motors, Yangtze River Automotive Electronics, Dongfeng Assets, Sunny Optical, Xingyu, etc. So far, Horizon’s Series C financing has reached US$900 million, exceeding the target. According to public information, Horizon announced on December 22 last year that it launched a Series C financing with a total estimated amount of more than 700 million US dollars. The C1 and C2 rounds were completed on December 22 and January 7, respectively.

The day before, the self-driving company Xiaoma Zhixing announced that it had received a $100 million C+ round of financing, which meant that it had completed a total of $367 million in Series C financing. It is understood that Xiaoma Zhixing has completed a total of nearly US$900 million in financing in the past 12 months. Taking into account the previous financing of Wenyuan Zhixing B1 round of 200 million US dollars, Uisee Technology 1 billion yuan, and Didi Autonomous Driving US$300 million financing, in the past month, 5 domestic autonomous driving companies have received a new round of financing. The total amount exceeds RMB 10 billion.

At this stage, although the actual application of autonomous driving is still limited by policies and regulations, technical standards, scene division, supervision and management, infrastructure transformation, etc., this does not prevent the capital market from being optimistic about this field. “From an investment point of view, new energy has risen too high, and the current target of autonomous driving is still relatively low.” Lu Wenliang, general manager of CCID Consulting Automotive Industry Research Center, told reporters, “The next round should be automatic. Drive.”

Lu Wenliang said that this year’s investment in the direction of autonomous driving has shifted from the previous round of technological innovation to industrialization. The above-mentioned companies have achieved breakthroughs in industrial deployment and gained capital attention. “This type of company also has an initial velocity momenta. Their common feature is that they all do high-level autonomous driving, and they are doing well in the industry.” He said, “Most of them have launched driverless taxi business. , Has achieved industrialization in specific scenarios.”

Among the above-mentioned five companies, Wenyuan Zhixing received a US$200 million strategic financing from the bus company Yutong Group at the end of December last year, completing the B1 round of financing. According to the plan, the two parties will jointly develop a fully automatic driverless minibus designed specifically for the city to open to the road. Uisee Technology received 1 billion yuan in financing on January 27. The company is mainly oriented to future travel and logistics. At this stage, it focuses on autonomous driving applications in airports, factories, and logistics parks. The autonomous driving technology developed by it has been commercialized in some The scene falls.

In addition, the industry generally believes that another area that will usher in rapid development is the application of autonomous driving in specific scenarios. “From the perspective of industry development trends, specific scenarios are the first to land automatically, and they are also the focus of development during the 14th Five-Year Plan. Therefore, through early exploration, companies that find suitable scenarios and suitable business models are now the most attracted to capital. Favor.” Lu Wenliang said.

“Horizon is more attributed to autopilot chip manufacturers, which is currently the most lacking field in China.” Lu Wenliang said. As the intelligent driving assistance function is mounted on a large area of ​​the car, this will bring a lot of demand for car-level chips. At present, Horizon has formed a complete product layout of the L2-L3 “smart driving + smart cockpit” chip solution; for L3/L4 level autonomous driving, Horizon will soon launch the industry-leading Journey 5 chip (Journey 5).

It is worth noting that Great Wall Motors had previously considered whether to develop its own chips, including automotive-grade chips. The reporter learned that Great Wall Motors had discussed this before, but in the end there was no consensus. The idea of ​​Great Wall Motors is not difficult to understand. Under the stimulus of strong demand, more and more car companies have begun to deploy in the field of automotive chips, including independent research and development, cooperation with technology companies, etc.

However, it is not small for OEMs to choose independent research and development chips. “Most car companies are not capable of making chips. The chip industry and car manufacturing are too different.” Lu Wenliang said. Previously, the new car company Zero Run released the “Lingxin 01” chip, but it was also developed by Dahua shares behind it. Under such circumstances, it is a trend for automakers to choose to cooperate with technology companies. This model is expected to involve more automakers.

Data shows that in October 2020, Horizon’s first car-grade AI chip, Horizon Journey 2, has delivered 100,000 sets. The company has set a goal of completing 1 million sets of delivery in 2021, and Horizon hopes to complete 300 sets in 2022. Ten thousand sets are delivered.

China’s mainland stock index hits a five-year high, indicating that it will start to rise next year