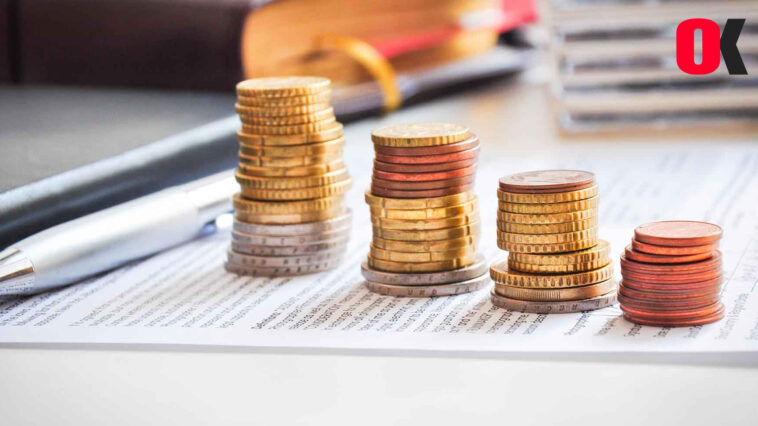 Economic Observer News Zheng Yizhen/Text After the ups and downs of 2020, with the launch of the new crown vaccine and the increasing popularity, the global economy in 2021 seems to be dawning.

What kind of 2021 will we usher in? From a macro perspective, economists’ expectations are more optimistic. The Economic Observer conducted a 2021 macroeconomic questionnaire survey of 20 well-known financial institutions and chief economists of companies, and found that 60% of the respondents believe that the GDP growth rate in 2021 will be over 8%. Seventy percent of the interviewees are optimistic about China’s economic situation and believe that the economic growth rate has rebounded strongly.

In the past year, the epidemic hit the global economy severely and the financial market was shocked; countries offered loose monetary policies, gold took off, and gold prices hit record highs; U.S. stocks and A-shares stepped out of the deep V market, and the money-making effect attracted more and more funds. In; there is also a downturn in the bond market and frequent thunderstorms…

Faced with the same uncertainty in the epidemic during 2021, investors still dare not take it lightly. Under the epidemic’s strong recovery, the biggest variable for the market is the policy shift. Changes in liquidity will affect the flow of funds. The stock market, bond market, property market, gold… which type of asset will be more certain this year?

“First stocks and then debts”

Looking at a longer epidemic period, equity assets are the main direction of household asset allocation in the future, and as far as 2021 is concerned, there are disagreements among institutions on whether the cattle can survive three times. A more consistent prediction is that A-shares will have greater opportunities in the first half of the year, especially the first quarter, and will face the risk of tightening monetary policy in the second half. Generally, this year’s stock market is more difficult to make money than last year.

In the survey of hundreds of institutional investors by the Economic Observer, more than 60% of investors expect their earnings this year to be in the range of 10%-40%.

A manager of a public equity fund in Beijing told reporters that the A-share market has been a big bull market in the past two years. From the perspective of Chinese history, the stock market has rarely experienced a big bull market for three consecutive years. For stocks, everyone generally feels that it is more difficult to make money for higher valuations. It may be necessary to make money for higher-than-expected earnings growth, which places higher demands on investors’ stock selection ability.

In comparison, Hong Kong stocks have new economic targets that are scarce in A-shares. Coupled with the current high cost-effective advantages, many institutions believe that the Hong Kong stock market will be more cost-effective this year. CICC stated it continues to be optimistic about the H-share market and expects that the market rate of return is expected to reach double digits.

After the H-share market suffered historical disturbances because of the epidemic in 2020 and still clearly underperformed other markets in the world, looking forward to 2021, the three major factors of stronger earnings performance, lower valuation levels and favorable liquidity will be combined With support, it is expected that by the end of 2021, the Hang Seng State-owned Enterprises Index and MSCI China Index will climb to 11,800 and 120 points, respectively. Compared with the current ones, there is about 12.4% and 10% upside space, respectively.

The top of the year-on-year growth rate of listed company earnings, interest rates, commodity and real estate prices is also expected to appear nearby due to the epidemic. From the perspective of asset allocation strategy, it is recommended to prioritize the allocation of risky assets such as stocks, commodities, and emerging market currencies in the first half of the year, and transfer to safe-haven assets such as bonds and the US dollar in the second half of the year.

In the bond market this year, investors are most concerned about credit risk. Credit default has impacted the primary financing of credit bonds, the spread of weak industrial bonds has widened, and individual pricing changes have become more sensitive. The new normal of weak state-owned enterprises defaults and the hidden non-performing asset risk of the banking industry has risen.

As far as the allocation of credit debt is concerned, the idea of ​​a fixed-income fund manager of a public offering fund in Beijing is that credit spreads will shrink in the short term, and there will be upward pressure in the medium term; focus on high grades and avoid low grades. Pay attention to non-public and bank perpetual bond allocation opportunities, and participate in the trading opportunities of industrial and commercial enterprise perpetual bonds. In 2021, there will be many unfavorable factors, to prevent policy risks, and only participate in high-quality urban investment bonds.

In the context of the policy implementation of “homeowners do not speculate”, real estate has passed the era of flooding, but real estate in core areas of first-tier cities still has configuration value.

Since the second quarter of 2020, real estate sales and prices in hot cities have risen rapidly. Among them, in the fourth quarter of 2020, the sales area of ​​commercial housing in first-tier cities increased by 54% year-on-year; the rigid demand for improvements increased significantly, with three bedrooms and above accounting for 66%, an increase of 5 percentage points from 2019.

Li Zongguang, chief economist of China Renaissance Capital, believes that from the perspective of rigid demand, this year may be a good time to get on the bus. There is real housing demand (rigid demand, improvement, school district), then it may be a good strategy to profit from the stock market at the high point in 2021 and then buy a house in first-tier cities.

Li Zongguang told reporters that such suggestions are only for qualified buyers with real needs and oppose real estate speculation. The logic behind it is that the first-tier cities represented by Beijing, Shanghai, Guangzhou have undergone continuous adjustments, and their relative value has been higher. Second-hand housing prices in Beishang and Guangzhou peaked in the first half of 2017 and September 2018, respectively, and have undergone several years of adjustment afterwards.

As a traditional allocation of assets, real estate accounts for 60%-70% of household assets. Li Xunlei, chief economist of Zhongtai Securities, believes that holdings should be reduced, but are all cities or districts holdings reduced? In fact, it also depends on geographical location. For example, houses in central Shanghai are very scarce, and the recent listing of so many sci-tech innovation boards in Shanghai means that Shanghai has produced many rich people. The increase in income of the rich will also support Shanghai’s housing prices; The same is true for Hangzhou and Shenzhen.

In general, this year’s real estate market will have “ice and fire”. CITIC Securities believes that the national commercial housing sales in the first quarter are expected to grow rapidly year-on-year, but mortgage loans are expected to be further tightened, and the release of improved demand for high-net-worth individuals in core cities will not have a continuous impact on the national property market. low. The sales of commercial housing in 2021 are expected to be basically the same as in 2020, and the performance of core metropolitan areas and other regions may still show a dual sky.

The above-mentioned public fund manager believes that “2021 is a post epidemic era. When we formulate strategies, we must focus on the epidemic policy direction and benefit sectors after the epidemic. Since last May, our lenient monetary policy has actually withdrawn. , The next step is to see the withdrawal of loose credit policies.

A very important variable that affects the market this year is the withdrawal of policies and how to withdraw. But at the same time, stimulus policies have a certain inertia in promoting the economy. We may still see Obtained that the economic growth rate is maintained at a relatively high level, and the policy is gradually withdrawing. The turning point of economic growth may be faster than we thought.”

Xie Yaxuan, the chief macro analyst at China Merchants Securities, said that policy adjustments are based on changes in fundamentals. The domestic economic situation in 2021 is expected to exceed expectations. Then domestic macroeconomic policies will return to normal at a faster rate, and the new requirements for macroeconomic governance Under the circumstance, macroeconomic policies will be maintained in a normal state for as long as possible. This means that the divergence of domestic and foreign policy cycles has become more pronounced, and improved profitability and declining liquidity will be the main macroeconomic situation of the domestic capital market in 2021.

As the policy becomes tight first and then loosened, the economy in 2021 may show an N-shaped trend. In a survey of 100 institutional investors by the Economic Observer, more than 30% of investors believe that this year’s Shanghai Composite Index will show an N-shaped trend, and another 24% believe that the Shanghai Composite Index will fluctuate throughout the year. For this reason, institutions have put forward the investment strategies of stocks and debts, early cycle and finance, and later consumption and growth.

When the global vaccinations against the new crown were carried out on a large scale, the Office of the Chief Investment Officer (CIO) of Wealth Management believes that the demand for gold as a safe-haven asset has fallen. In general, it expects the price of gold to rebound above US$1,900 in the first half of the year, but will slowly drop to US$1,800 before the end of the year. From a tactical point of view, although the potential upside of gold prices is not large, gold still plays a strategic risk diversification effect on the entire asset portfolio.

“Each era has the characteristics of each era. What we need to allocate now is core assets.” Li Xunlei said that after reform and opening up, China’s economy has gone through three stages. The first stage is the era of shortage economy, with obvious characteristics of inflation; The second stage is the era of surplus economy, commodity prices fall, and asset prices generally rise; the third stage is now, the era of core asset shortage. At present, facing the scarcity of high-quality assets, PPI is going down.

Investment under the dominance of the stock economy should have three characteristics, which correspond to the three major thinking: the strong must be strong, the asset allocation must focus on the large and the small, the high-end and the low-end should be emphasized; the traditional industry is declining. , Emerging industries are on the rise; the survival of the fittest requires a good company. 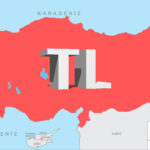 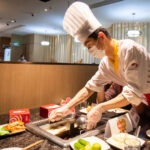