What Does TOGG Mean?

Turkey’s Cars Initiative abbreviation TOGG the starting point for the Group’s related. indigenous capabilities to produce the car, one of Turkey’s largest import products. Of course, it will again be a suitable car for the Turkish family type. In addition, unlike the Revolution, they expect it to be strong enough to export.

In the 1960s Turkey “Revolution” called, but the first experience with domestic production car model could generate for various reasons. The aim of the subject Revolution Films was to develop a car according to conditions in Turkey. Turkey’s then all can go on unpaved roads, with low fuel consumption and type of Turkish families could move a vehicle according to 5 people comfortably. Over time, it shelved the project.

Domestic Cars What Kind of Car?

Since the domestic electric car, it will have a very modular chassis and a structure that can easily integrate with information technologies. It will meet the needs that may arise in the future with its strong internet connection.

Turkey is very preferred that the C-Class mid-size vehicle will produce in the first stage of the SUV version of the body, it announced the TOGG the site.

Highlights of the Domestic Car

The domestic car constantly connected to the internet. It will enable advanced autonomous driving charged up to 80% in less than 30 minutes. This Technology leaves a clean world for future generations thanks to zero emissions. It will appeal to the global market with its advanced technological features.

Technical Specifications of the Domestic Car

Domestic car’s features, according to Turkey’s conditions offer a high range and fast rechargeable battery. It also has 2 different engine options for the moment the car of Turkey.

There are two different options in the battery of the domestic cat, as in the engine power. In the first option, the vehicle will travel 300 kilometers on a single charge. In the second option, the range of the domestic car will be up to 500 kilometers. At the same time, thanks to the regenerative braking technology in the vehicle. The battery will charge with energy recovery as the driver’s brakes.

Another important feature of the domestic car is its internet connection. Besides the 4.5G technology we use to form smartphones. The vehicle which connects to the internet with 5G technology, will allow remote intervention or notification to drivers. Thus, drivers will get information about emergencies or important changes such as removing speed limits with software updates in cases such as disasters.

Where Will The Domestic Cars Produced?

According to the information transfer, Turkey’s Initiative Group Automobiles car will be produced in Bursa, Gemlik. 2 SUVs, 1 MPV, 1 sedan, and 1 hatchback model will produce at the factory. The foundation of which laid in 2020 and completed in 2021. The factory, which is expected to employ over 4 thousand people is a plan to produce over 150 thousand vehicles per year.

In the factory, which will have an area of ​​240 thousand square meters, besides classical production methods, they will use future technologies such as the Internet of Things during the production of the domestic car. Thus, the systems used in the factory will work in integration with each other while the TOGG Sedan. TOGG SUV, or other models in the car segments are producing. In this way, data will be easily accessible, efficiency will increase, and in the future, cars will produce much faster and at a lower cost.

Finally, according to the allegations made by journalists, there will be an experience center in the area where the factory will build. Hardly uncommon in Turkey, but his wife and in Europe and especially great experience centers in Germany means we should force the boundaries of the driver of the vehicle to provide better recognition. However, there was no definite information from TOGG about this issue.

How Is The Battery Of The Domestic Car?

Turkey’s Car of the numerous allegations about the Initiative Group. Which will use battery or the TOGG put forward by the abbreviation. TOGG, in a statement made on its Twitter account, stated that it has agreed on Li-Ion (Lithium Ion) batteries with Chinese Farasis. One of the largest battery manufacturers in the world. Farasis with the agreement, which will produce batteries in Turkey. In addition, it will make various developments with TOGG regarding the energy storage products needed by the countries in the region. Thus, developments included not only the automobile but also the environmental sectors.

When Will Domestic Cars Produced?

According to TOGG’s statements, the domestic car will be launched in 2022. In the first place, the C-segment SUV vehicle expected to be available for sale. The remaining four models will be available in the following period.

How Domestic Will the Domestic Cars Be?

Turkey’s Automobile Enterprise Group CEO Gurcan Turkoglu Karakas. TOGG the first phase, He said it would be 51% of local content. Stating that there is an important threshold here, Karakaş stated that the rate of localization will increase rapidly with the development of the electric production industry. Just like conventional gasoline and diesel cars. Stating that as of 2020, more than 90% of the suppliers are known. Karakaş stated that Turkish entrepreneurs also have a great interest in TOGG and that entrepreneurs will have an important place in the higher localization rate of the vehicles produced in the future.

How Much Will the TOGG Cost?

According to TOGG’s statements, the domestic car will be offered for sale at a reasonable price. According to estimates, it will be parallel to the prices of C-class electric vehicles of other brands. In addition, I thought it to be competitive in after-sales services such as spare parts.

Regarding the price of TOGG, it published the price table of the vehicle in August 2020 on social media. They claimed in the table that the domestic car sold for 180,000 TL with the base equipment package and 252,000 TL with a fully loaded package. In the statement made by TOGG regarding the issue that has been discussed for days, it stated that the prices will be competitive and no price can be determined from today. As can be understood from here, the price of the domestic car has not been determined yet.

Today, one of the most important problems is getting patents and legal recognition of products by the whole world. For this reason, although the first model of TOGG has a longer period of time, the necessary processes will be delayed. 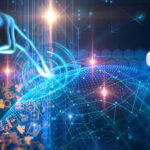 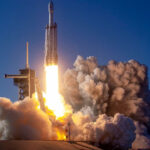