They will buy and sell attention! Warning for second-hand vehicles

While the activity in the second-hand automotive market started a few days before the New Year, auto gallery tradesmen warned consumers to Decommission the purchase of vehicles.

The used car market, which has been dormant for a long time, has started moving again a few days before the New Year.

The concern of citizens about the future increase in the second-hand car has created a demand for the second-hand car. In the face of this demand, there was an average price increase of 20 percent in the used car band within two weeks, auto gallery tradesmen warned consumers to Decommission the purchase of vehicles.

“PRICES OF USED CARS HAVE INCREASED“ Auto gallerist Yılmaz Kebapçı stated that there was activity in the used car market in the last days of the year and said, “The fear of a hike after Christmas has brought mobility to the used car market. With this mobility, a 5-10 percent increase has come to second-hand vehicles, “he said.

“THIS INCREASE IS NOT NORMAL”

“We have experienced a lot of demand growth in the last 15 days,” said Kebapçı, “We have also experienced a price increase when the supply and demand balance was disrupted. The car I sold for 600 thousand last week, a friend of mine bought it for 670 thousand from the auction today.

When you look at it, there was an increase of over 10 percent. Citizens need to stop buying a little. I don’t buy it, because the prices are too high. This increase is not very normal,” he used his statements.

“THERE IS A PERCEPTION RIGHT NOW“auto gallerist Gökhan Ardaşen, who stated that the used car market is moving due to the New Year, said, “Citizens have been showing a lot of demand for used cars for the last two weeks. With this demand, an increase of about 20 percent has come to second-hand cars.

Normally, we would sell 30 vehicles in two weeks, and with this demand, this figure has increased to 40. My personal opinion is that there will be no increase after Christmas. There is a perception at the moment. As long as there is no increase in foreign exchange, there should be no price increase in vehicles,” he said. 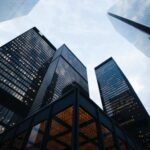